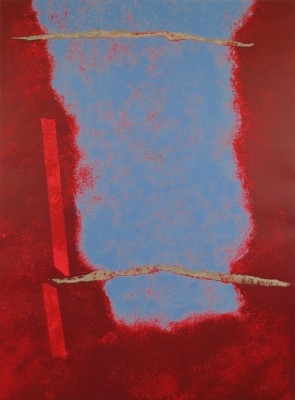 A first-generation Abstract Expressionists, Theodoros Stamos is known for paintings done later in his career, which is large expanses of dissolved light. Underestimated at first by Clement Greenberg, New York critic whose commentary often decided the reputation of Abstract Expressionists, Greenberg later wrote: I scorched his show and I was wrong. You keep on learning.” (Falk 3138)

Theodoros Stamos was born in Manhattan to Greek immigrant parents and studied sculpture for three years, 1936 to 1939, at the American Artist’s School. In 1939, Theodoros Stamos turned to painting, and in this medium was basically self taught.

With their amorphous shapes and busy lines, his first paintings resembled those of Mark Rothko, who became his close companion, and of William Baziotes. The colors of Theodoros Stamos were in tonal clusters, vague and undifferentiated.

During the 1940s, Theodoros Stamos ran a framing shop near Union Square where his customers included modernists Arshile Gorky and Fernand Leger. In 1943, he had his first solo show at Betty Parsons Gallery. Several years later, Theodoros Stamos began painting with distinct bands of color, usually black or very dark, and then in the 1950s, his work was much less controlled, more violent, emotive, and confrontational.

In 1950, Theodoros Stamos was the youngest artist to be included in the famous “irascibles” photograph of leading Abstract Expressionists. Theodoros Stamos began a “Sun Box” series in 1963 with shapes that took on enormous size, filling almost the entire surface of the canvas, with the suggestion of atmospheric light and organic expansion.

A close friend of Mark Rothko’s, Theodoros Stamos was executor of his estate and later found guilty of negligence in a 1975 trial. He and the Marlborough Gallery were fine $9.2 million dollars.

In later years Theodoros Stamos lived between New York and the Greek Island of Lefkada.

Sources include:
Matthew Baigell, “Dictionary of American Art”
Marika Herskovic, “American Abstract Expressionism of the 1950s: An Illustrated Survey”
Peter Falk, “Who Was Who in American Art” 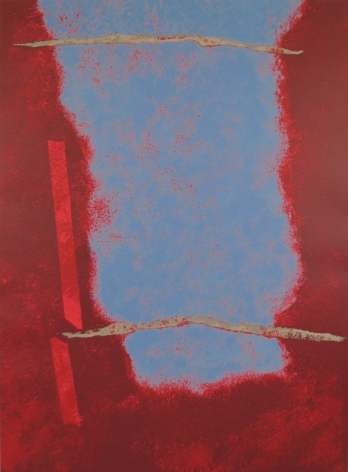 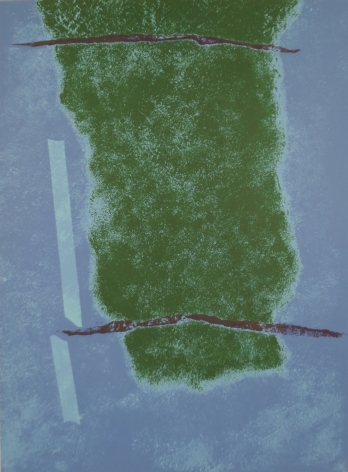 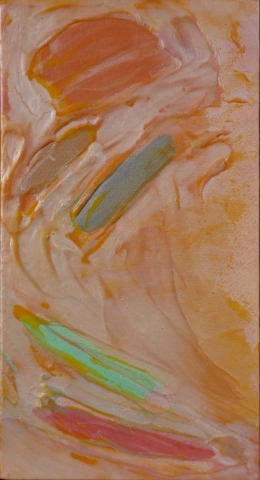 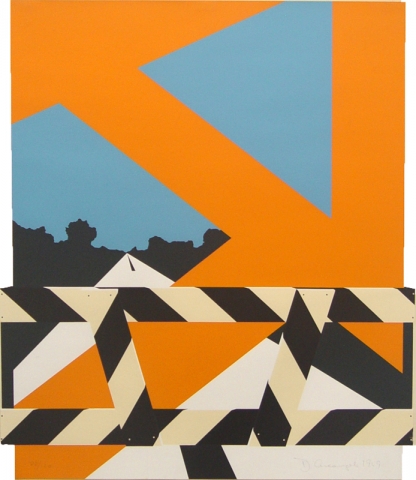 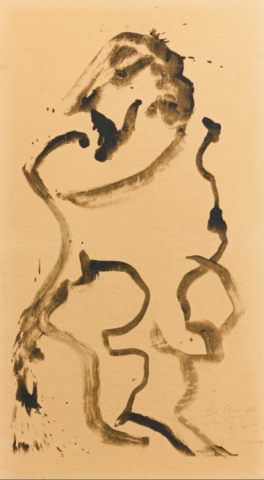 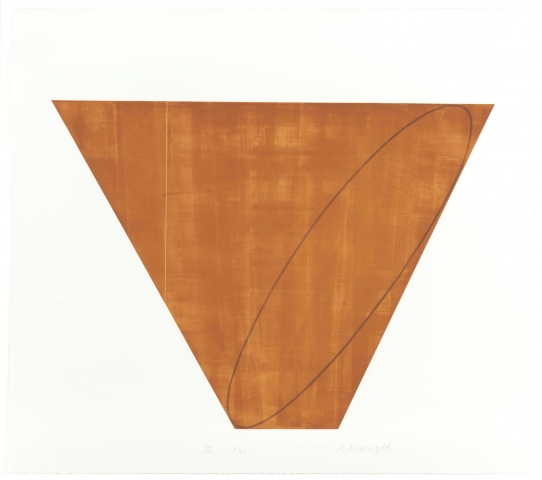 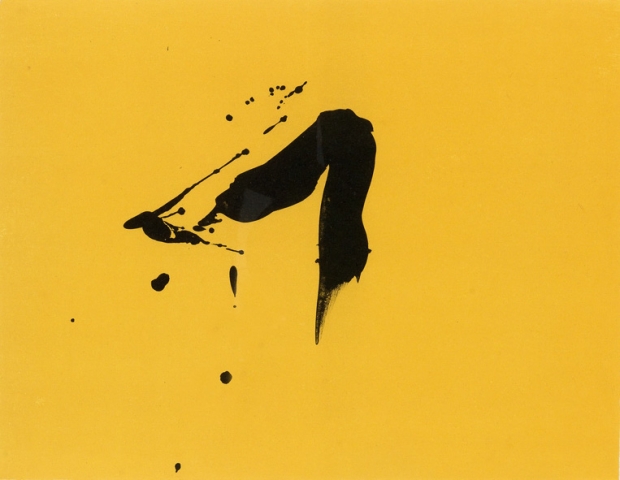 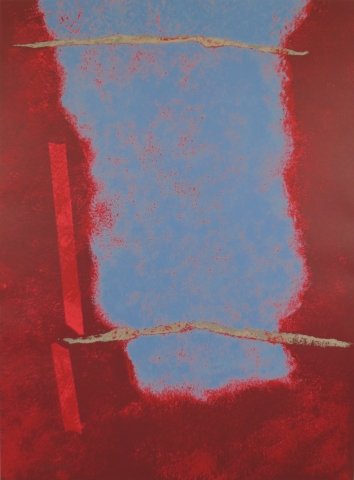 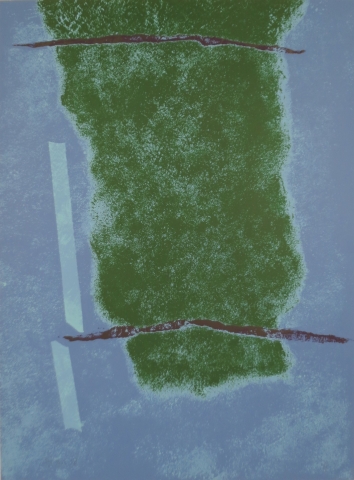