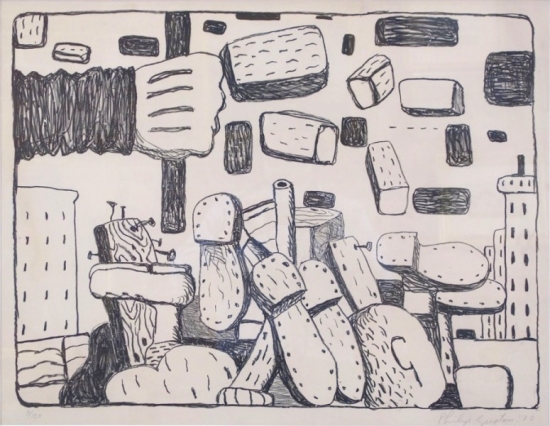 Spellman Gallery handles artwork and select antique objects from around the globe.

Founded in 2016 by Glenn Spellman, a certified member of the Appraisers Association of America.

Drawing on 30 years of experience placing art with sophisticated collectors, Glenn has the knowledge, expertise and resources to assist clients. He maintains long-established relationships with private collectors, corporations, and museums around the world and welcomes the experienced collector as well as those acquiring art for the first time.

Spellman Gallery is located on the Upper East Side of Manhattan and is open by appointment only.

We welcome all inquiries regarding your buying, selling, consigning, and appraisal needs.

The success of this antique and art appraisal business shows the depth of New York's Covid-19 losses, especially among the elderly. https://t.co/iH4xMbdnmm

"After running an antique and art appraisal business online for a few months, Glenn Spellman made a rare move in pandemic-stricken New York City: He opened up a physical store. That bet paid off so far, his business flourishing with calls to appraise and collect antiques left by seniors who died from Covid-19.

That bet paid off so far, his business flourishing with calls to appraise and collect antiques left by seniors who died from Covid-19. The doors to his modest, eclectic gallery opened in the Upper East Side last month, bucking the trend in a city that has seen more empty storefronts as small businesses shutter under the weight of the Covid-19 crisis.

“I’ve never been busier,” said Spellman, 54, as he sat on an antique chair in his long and narrow store surrounded by old photos, paintings, and sculptures. “Right now, I am just working 12 hours a day, seven days a week.”

Spellman’s business shows the depth of the city’s losses, especially among the elderly, as the Empire state recorded more than 33,000 deaths, almost twice as many as the next highest state fatality tally. Like him, appraisers across the greater New York City area have seen a recovery in business, according to Cynthia D. Herbert, who recently ended her term as the president of Appraisers Association of America.

Business has “picked up quite dramatically” since July, she said, as the tri-state area began opening up. “For a while, you couldn’t go to living facilities. Those estates had to wait, because you couldn’t let people in.”

A typical appraisal would include a walkthrough of the deceased’s home with his client, digging through every drawer, closet, and even underneath the bed -- because that’s where jewelry is often hidden. The inspections usually take three to four hours. He charges about $100 to $150 per hour for written appraisals. If the client wants to sell the items to him directly, he would drop the role of an appraiser and make offers for them as an antique and art dealer."