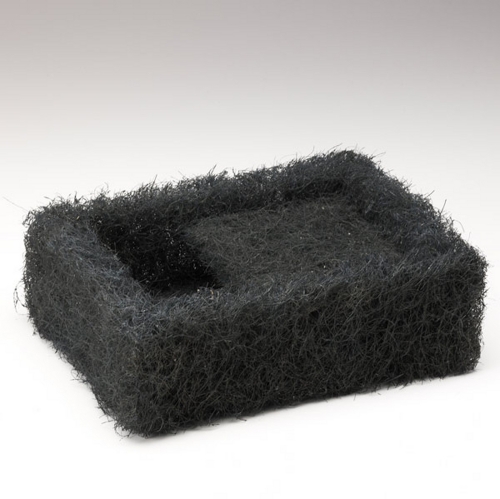 Richard Artschwager, a painter and sculptor whose witty, contradictory mixing of artistic genres made him one of the most critically admired artists to emerge in the 1960s, died early Saturday in Albany. He was 89.

His death, at a hospital, followed a recent stroke, his wife, Ann, said.

The death also followed by less than a week the closing of a career retrospective of Mr. Artschwager’s work at the Whitney Museum of American Art in Manhattan, his second to be mounted there. He lived in Hudson, N.Y., in Columbia County.

At a time when most artists worked in clearly determined styles, Mr. Artschwager slyly confounded the usual categories. His most famous sculpture, Table With Pink Tablecloth, from 1964, is something of a cross between Pop Art and a Minimalist cube by Donald Judd: a box neatly veneered with pieces of colored Formica to create the image of a wooden table with a square pink tablecloth draped on it.

Mr. Artschwager went on to produce variations on the forms of chairs, tables, doors and other domestic objects in styles ranging from severely geometric to surrealistically distorted.

In the late 1960s, he invented an abstract form he called a “blp,” a small, black, oblong shape that he would recreate in various materials and install in unexpected places to punctuate, mysteriously, gallery and museum spaces. He also placed dozens of “blps,” in the form of reliefs, stencils or decals, outside museums for viewers to go hunting for or stumble upon. Some are to be found on the elevated High Line park in Lower Manhattan near the site of the Whitney’s future home.

Mr. Artschwager’s paintings were often paradoxical. He painted black and white copies of found photographs — group portraits, pictures of buildings and other anonymous images — on textured Celotex panels, a common building material. Ostentatious frames made of painted wood, Formica or polished metal were usually part of the total piece.

Richard Ernst Artschwager was born on Dec. 26, 1923, in Washington. His father, a German immigrant, was a botanist, trained at Cornell University; his mother, a Ukrainian immigrant, was an artist who studied at the Corcoran School of Art in Washington and at the National Academy of Design in New York. In 1935, the family moved to Las Cruces, N.M., a better climate for the artist’s father, who had tuberculosis.

Like his father, Mr. Artschwager studied at Cornell, concentrating on mathematics and sciences, though he was deeply interested in art. Before completing his degree he was drafted into the Army in 1944 and saw combat in Europe, suffering a slight wound at the Battle of the Bulge. Afterward he was assigned to counterintelligence in Vienna, where he met and, in 1946, married his first wife, Elfriede Wejmelka.

Back in the United States after the war, Mr. Artschwager completed his bachelor’s degree at Cornell but soon, with his wife’s strong encouragement, decided to become an artist. He moved to New York and began attending the Studio School of the painter Amédée Ozenfant, who, along with Le Corbusier Foundation in Paris, had founded a form of late Cubism called Purism.

By then the couple had a child, and Mr. Artschwager supported his family as a bank clerk and then a furniture maker.

In the early ’50s he stopped making art and went into business building furniture until a fire destroyed his workshop in 1958. Resuming art making, he had his first exhibition — of paintings and watercolors of Southwestern landscapes — at the Art Directions Gallery in New York.

In 1960, an exhibition of assemblages by the sculptor Mark di Suvero inspired Mr. Artschwager to begin using his woodworking skills to make his own sculpture. A year later, a photograph picked up on the street prompted him to start making paintings based on black and white photographs.

A big break came when he sent, unsolicited, a note and slides to the Leo Castelli Gallery, New York’s leading showcase for new art. The gallery quickly took him on for a group show that included Roy Lichtenstein, Jasper Johns and Andy Warhol. He remained with Castelli for 30 years.

It was at the Castelli gallery, in 1965, that Mr. Artschwager had the first show of work that was recognizably his own. During the ensuing decades he participated in many important international exhibitions, including the Venice Biennale and Documenta, in Kassel, Germany.

The Whitney produced its first Artschwager retrospective in 1988-89. It later traveled to San Francisco, Los Angeles, Madrid, Paris and Düsseldorf. His last solo exhibition with Gagosian Gallery was last fall at its branch in Rome featuring sculptures of pianos.

“Early and late, his work stood out for its blunt, mute weirdness,” Holland Cotter wrote in The New York Times in reviewing the recent Artschwager retrospective at the Whitney. A 1963 sculpture, Portrait II, for example, resembles a bedroom dresser with no drawers and a sheet of Formica where a mirror might be. The table in Table Prepared in the Presence of Enemies (1993) “looks like a low-rise guillotine,” Mr. Cotter wrote.

He added: “Violence is implicit in a lot of Mr. Artschwager’s art, which may be the most intriguing thing about it, the element that gives bite to what would otherwise pass for Magrittean whimsy.”

Mr. Artschwager’s political views were less apparent. In 2003, he painted three identically framed portraits, of a blank President George W. Bush, a smiling Osama bin Laden and a grim-looking one of himself. “Each painting looks cracked, creviced and soiled, as if just dug up from rubble,” Mr. Cotter observed.

Mr. Artschwager was married four times, the first three marriages ending in divorce. In addition to his wife, the former Ann Sebring, he is survived by his daughters Eva Artschwager and Clara Persis Artschwager; a son, Augustus Theodore Artschwager; a sister, Margarita Kay, and a grandson.

David Nolan, whose Manhattan gallery has shown drawings by Mr. Artschwager, said the artist had recently exhibited new paintings and works on paper that he created on a return to New Mexico, inspired in part by the colors of the landscape there he had known so well as a boy.

Above is from The New York Times obituary of the artist:
“Richard Artschwager, Painter and Sculptor, Dies at 89: by Ken Johnson, February 10, 2013. 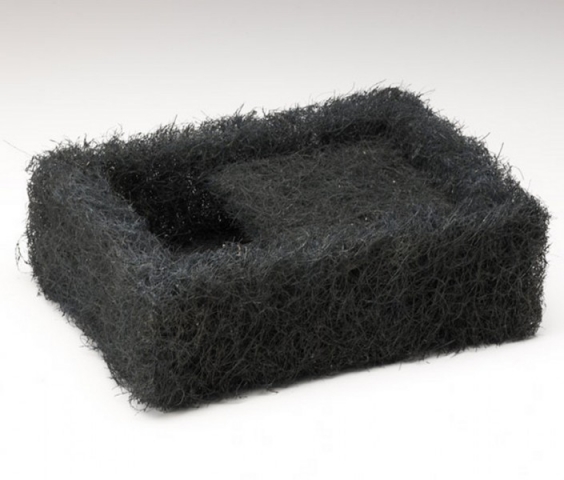