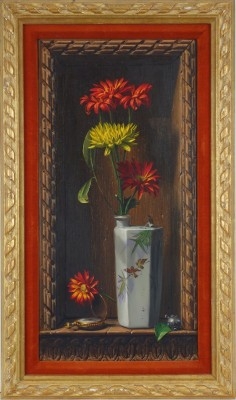 Known for his trompe l’oeil, still life and portrait paintings, Whyte uses his technique, craftsmanship and color choices to create a mixture of realism and mysticism giving many of his works a dimension of eternity.