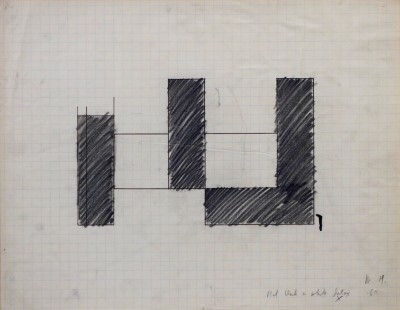 Michael Heizer, creator of Earth Art, was born in Berkeley, California in 1944. His feeling of land and space may have come from his father, anthropologist Robert Heizer.

Heizer briefly attended the San Francisco Art Institute from 1963 to 1964, where he studied painting. His work, then reflecting Minimalist tendencies, included square and rectangular canvases with broad bands of gray and white.

By 1966, he had begun to create earthworks on a monumental scale. He has preferred to work in the open desert areas of the Southwest.

The Galerie Heiner Friedrich, Munich, held his first one-person show in 1969. For this show he removed 1,000 tons of earth in a conical shape to create Munich Depression.

His “Double Negative,”1969-70, two vast incisions opposite one another on the edge of Virgin River Mesa, Nevada, displaced 240,000 tons of earth. Since most Earth artists view themselves as environmentalists, one wonders how Heizer justified this destruction of the natural desert land. Although primarily an earthmover, he has also raised forms above ground.

Heizer’s second one-person show was at the Dwan Gallery, New York, in 1970, and that same year he exhibited in the International Pavilion at the Venice Building.

By 1972 he had returned to paint again and therefore accepting the tradition of creating an art object rather than an art event or a series of activities in an art context, Heizer returned to his earlier style. However, for the rigid geometrical units, he substituted circles and ovals. Like the earlier pieces, too, these are occasionally shaped by cuts into the framing edges.

Heizer lives in Nevada, where he continues to work on “City” a sculptural complex begun in 1970.

Major exhibitions of his work have been staged at institutions such as the Museum Folkwang, Essen (1979), and the Museum of Contemporary Art, Los Angeles (1984).

Source:
Matthew Baigell, “Dictionary of American Artists”
Peter Falk, “Who Was Who in American Art”
www.diacenter.org 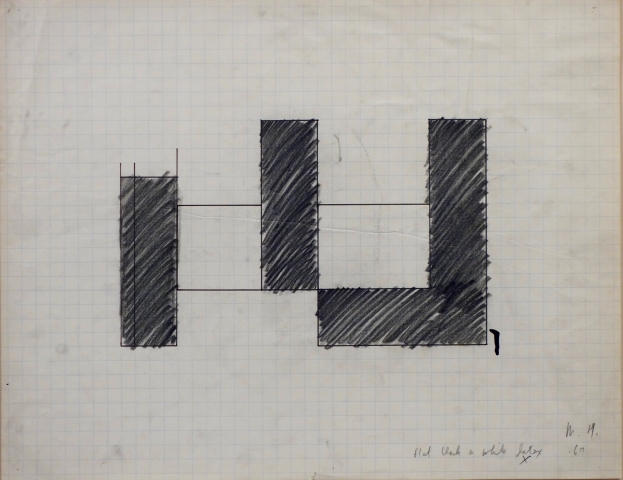