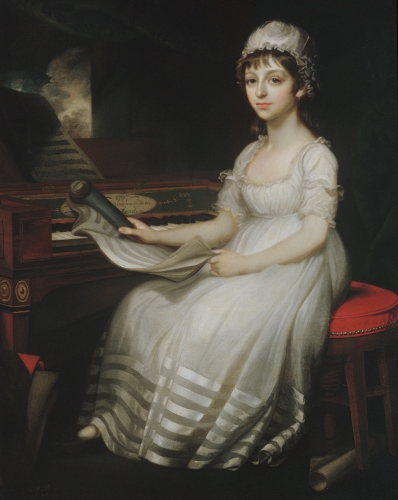 Born in Boston, Mather Brown is known for his vivid, realistic portraits of English aristocracy and of many distinguished Revolutionary War Americans. Among his subjects were Abigail and John Adams, Thomas Jefferson, Dolley Adams. He also became the portrait painter in England to the Duke of York and the Prince of Wales.

He was the son of a clock maker and descendant of Cotton Mather. When he was 12 years old, he took art lessons from the young Gilbert Stuart. During the Revolutionary War, he toured Massachusetts and New York, selling wine and painting miniature portraits.

In 1780, he went to England, and spent the remainder of his life there. At the height of his career, he became portrait painter to the Duke of York and historical painter to the Prince of Wales.