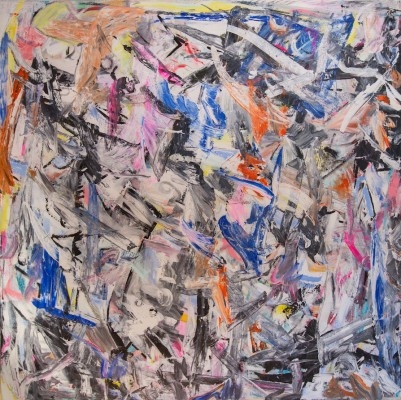 Juliana Lazzaro was born in Columbus in 1973. She received her undergraduate education at Ohio University. Throughout the decade of the 1990’s, she traveled extensively, exhibiting her work in the Carolinas and Colorado.

In 1998, a chance encounter with publisher Hugh McKay led to an introduction to Knox Martin. In 2000, at the invitation of Martin, Lazzaro took up Masters studies at the Art Students League of New York City. As one of the great living painters of the 20th century, Martin is a major influence on her work.

Lazzaro spent the summer of 2004 studying abroad in Aix-en-Provence, France at the Marchutz School. This experience living near Cezanne’s beloved Mount Saint Victoire expanded her range of media and subjects. She produced a series of landscapes, while deepening her emphasis on portrait painting.

Since moving to New York, Lazzaro has exhibited her work at the National Academy Museum and the Cork Gallery at Lincoln Center. 2008 saw her Los Angeles debut at the Modernism Today installation at LAX. In 2011, Lazzaro’s set design was featured in the Medicine Show Theatre’s presentation of Living with History: Camus, Sartre and De Beauvoir. In 2012, Lazzaro’s work was shown at the Arlington Museum’s group exhibition: Mosaic.

Lazzaro has expanded her work from the plane of the canvas to hand painted original works on select garments. This work made its debut at the Tesla Motors showroom in Chelsea in the spring of 2013.

Lazzaro next collaborated with Schott NYC on a custom painted Perfecto jacket for their centennial retrospective at Openhouse Gallery in October 2013. As one of only five artists selected for this honor, Lazzaro’s jacket is now part of Schott’s permanent collection.

Lazzaro’s custom-painted 2014 Ducati Monster was shown at the Progressive International Motorcycle Show at the Javits Center in late 2013.

In March 2015 Lazzaro was selected as a featured artist for the global campaign, Converse: Made by You. Her gold, hand-painted AllStars were featured in billboards and other large-scale, environmental installations beginning in New York and traveling internationally to cities including London, Paris, and Beijing. 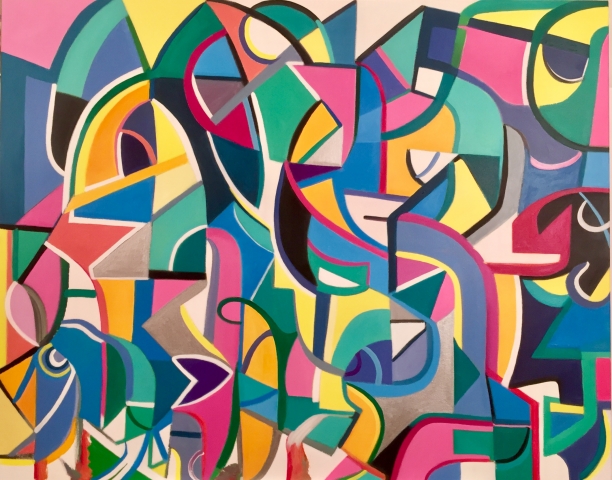