Georges Braque was born on May 13, 1882 in Argenteuil, France, where his parents ran a paint shop. He was brought up in Le Havre. His father was a house painter at that time and he encouraged the boy’s attempts to draw. Georges Braque also took music lessons from Raoul Dufy’s flutist brother, Pierre. It resulted in the artist’s continuous love of music; he played several instruments. A slow and deliberate student, the artist accomplished nothing much until he became, at twenty, the youngest member of the group known as the Fauves and first came into prominence in 1906 as a Fauve painter. However, Georges Braque was unhappy with his first canvases in the new style and subsequently destroyed them because they were too realistic for him.

With Orthon Friesz, an old friend from Le Havre, the artist went to Antwerp where he began to lighten his palette. In 1908, Georges Braque produced his first Cubist canvases to which the lessons of Fauvism contributed.

Georges Braque was, with Picasso, one of the founders of Cubism – that style of painting which became the dominant style for the first half of the 20th century. The twenty-five year old Georges Braque visited the twenty-six year old Picasso’s studio in November 1907. There he saw the huge and shocking “Les Demoiselles d’Avignon”. Georges Braque’s response: “It is as if someone had drunk kerosene to spit fire.” Georges Braque was called the moon to Picasso’s sun in their partnership. Picasso had a healthy head start, but after setting up in L’Estaque in the south of France during the summer of 1908, Georges Braque took the lead. He solidified and refined cubism’s multiple viewpoints and spacial ambiguity. The collaboration then began in earnest.

In appearance, Georges Braque differed from Picasso. Georges Braque was a tall stocky fellow; Picasso was short, but solid. Unlike Picasso’s revolving-door sex life, in 1912, Georges Braque found one wife, Marcelle Lapre, decided he liked her and stayed with her for more than fifty years. Like his paintings, Georges Braque was a man of many facets. He was an avid swimmer, a boxer and a wrestler. The artist played the accordion; he drove speedy sports cars until age finally slowed him down and he was known as a good dancer.

In 1914, Georges Braque was drafted into the French Army. He was hit in the head on May 11, 1915 and was left for dead on the battlefield of Neuville-Saint-Vaast. After being picked up the next day by stretcher-bearers, Georges Braque evidentally underwent cranial drilling. Having spent two days in a coma, he recovered consciousness on May 13, his birthday. He had a long convalescence, mainly in Paris and Sorgues and did not work again until 1917. His wounds would affect him the rest of his life, apparent to visitors through a certain stiffness and slowness of movement.

More than Picasso, Georges Braque remained faithful to Cubism throughout his long life, finding in its discipline and subtle color harmonies ample means to express what he saw, thought and felt. As a young man the artist had been an apprentice in the family house-painting business and had learned the craft of simulating in paint the grain of wood or marble. It is amazing how much Georges Braque could achieve with a deliberately limited palette.

The artist also had a remarkable gift for light and was a born colorist, painting with sweet and intimate poetry. Georges Braque was the purest painter of his time; never mechanized like Picasso, Gris and Leger. His still lifes occupy an honored place in the history of this genre in which homage is paid to assembled objects of everyday life. The artist developed a mastery of textured surfaces, together with carefully calibrated tones and patterns; he emphasized shapes by forcefully bordering them. In 1912, Georges Braque invented the paper collage, in which scraps of newsprint and ticket stubs were glued onto the canvas.

A fun-loving circle of friends and followers formed around Georges Braque and Picasso. They went to circuses, listened to Chinese music and played instruments ranging from the accordion to weird African drums. They collected African sculpture, odd glasses and nails. 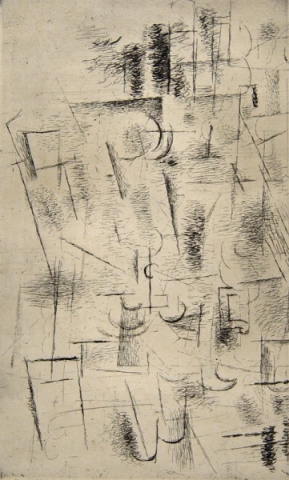 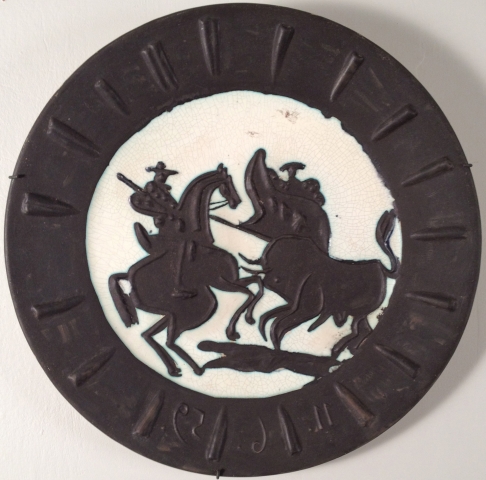 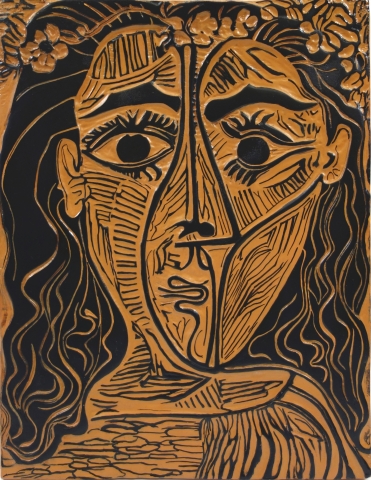 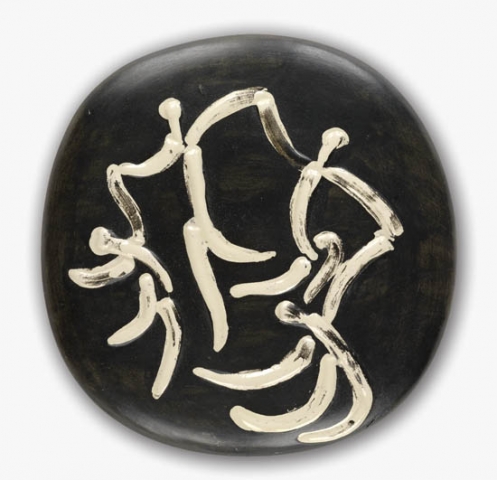