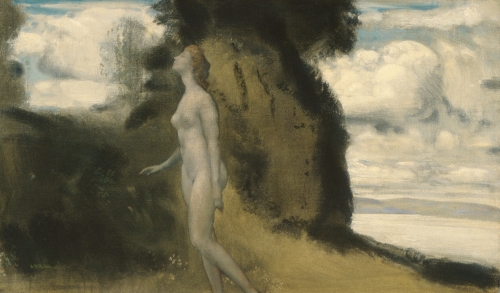 Born in Utica, New York, Arthur Davies gained a reputation for ethereal figure paintings, ones that expressed lightness and mysticism. He was also a principal organizer of the 1913 Armory Show that revolutionized American art by introducing modernism to the viewing public.

He attended the Chicago Academy of Design and from 1879 to 1882, traveled in the West, to Colorado and Mexico City where he worked as a drafting civil engineer. He briefly attended the Chicago Art Institute, and in 1885 moved to New York City where he studied at the Art Students League and Gotham Art Students League. He supported himself as a billboard painter, engineering draftsman, and magazine illustrator.

In 1893, he made the first of many trips to Europe, visiting Holland, Paris, and London. He particularly studied the Dutch realist painters, the Maris brothers. He settled in Congers, New York and from there traveled extensively throughout the United States.

He developed a style that combined the visionary with Symbolism with elements of Tonalism, Art Nouveau, and Cubism and became increasingly interested in expressing a feeling of lightness in figural compositions.

He also did printmaking, having begun in the 1880s and producing some two-hundred graphic works between 1916 and his death in 1928. 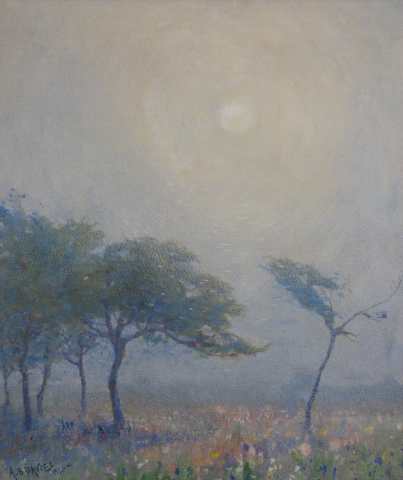